Hopefully you've been watching the progress of Jupiter and Venus over the last month, or at least getting some good views. These two planets are the brightest objects in the night sky after the Moon, and they're currently easy to spot in the north-western sky at dusk when they appear before the stars come out.

Throughout June they appear to move a little closer to each other every night. Venus gets higher while Jupiter gets lower.

At the end of the month they'll finally meet up in what's called an astronomical conjunction. A conjunction is when two objects appear to be very close to each other, but of course that's an illusion - they only seem to be close to each other from our point of view. In reality, Venus actually moves farther away from Jupiter during June. But from our perspective they move towards each other until they line up at the end of the month.

The diagram shows where the planets will be in relation to each other. In this view they orbit anti-clockwise with inner planets moving faster than outer ones. Venus has been catching up to Earth while Jupiter hasn't progressed much in its orbit. At the end of June we can draw a line through all three planets, making Venus and Jupiter appear together from Earth's point of view. From Jupiter's point of view it would be Earth and Venus appearing together.

By the way, if you're looking for more of a challenge, Mercury is in a relatively good position to view around June 23rd, very low on the eastern horizon just before sunrise. However it's small and always close to the Sun so it's never exactly easy to spot. We'll talk more about Mercury at a later date but for now I'd only recommend trying to see it with the aid of a star chart or app.

Meanwhile Mars is on the far side of the Sun so we can't see it at all until later in the year. 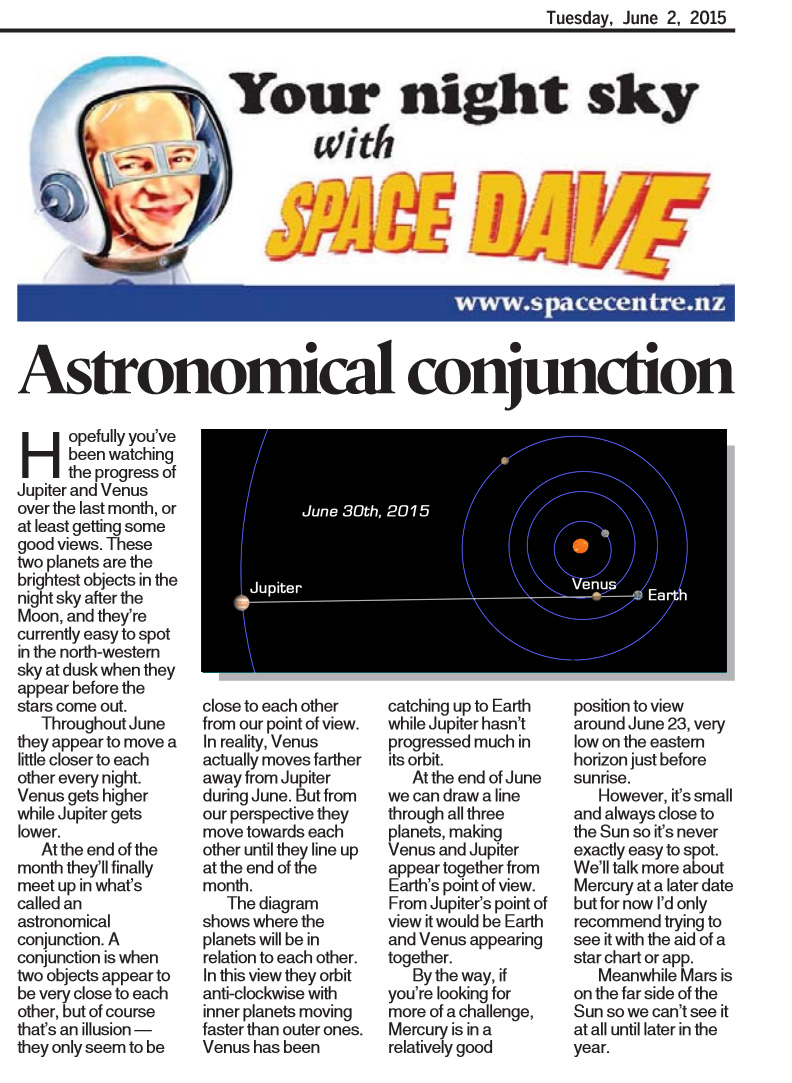