History is about to be made in the outer region of our Solar System. After a nine-year, 4.7 billion kilometre journey, a robotic spacecraft called New Horizons will be the first to visit the dwarf planet Pluto. This is a fly-by mission in which the spacecraft doesn't stop, it hurtles past at 50,000 kph gathering as much imagery and data as possible on the way.

Because Pluto is so small, we have no way of taking detailed photos from near Earth (not even with the Hubble Space Telescope). The photos from New Horizons will be our first decent view of this enigmatic ice-world. We also hope to answer questions such as: Does Pluto have more moons than the five we know about? Does Pluto have rings? Does Pluto have an underground ocean?

We won't get the best photos until later in the year but we should start receiving data at 1pm, Wed 15th July. We'll be posting live updates at www.facebook.com/SpaceCentre.

So, is Pluto a planet?

In 2006 the International Astronomical Union became uncharacteristically controversial when it stripped Pluto of its planetary status. Astronomers still argue about this and it's likely that the debate will be stirred up again in the coming weeks.

In my opinion it was the right call.

Pluto is different to the "main" planets, being smaller, made of different stuff and moving in a very different kind of orbit.

For most of last century we thought Pluto was the most distant, somewhat oddball member of our family of planets. We now know that it's the closest of thousands of small objects located beyond Neptune. Whatever we call these things, it's clear that Pluto is part of that family rather than the main planets.

Pluto is too small and faint to see with the naked eye, in fact it's a challenge even with a big telescope. You can however see the area of the sky it's in. Looking to the east in the early evening you'll see the constellation Sagittarius. The arrow in the graphic shows the approximate location of Pluto. 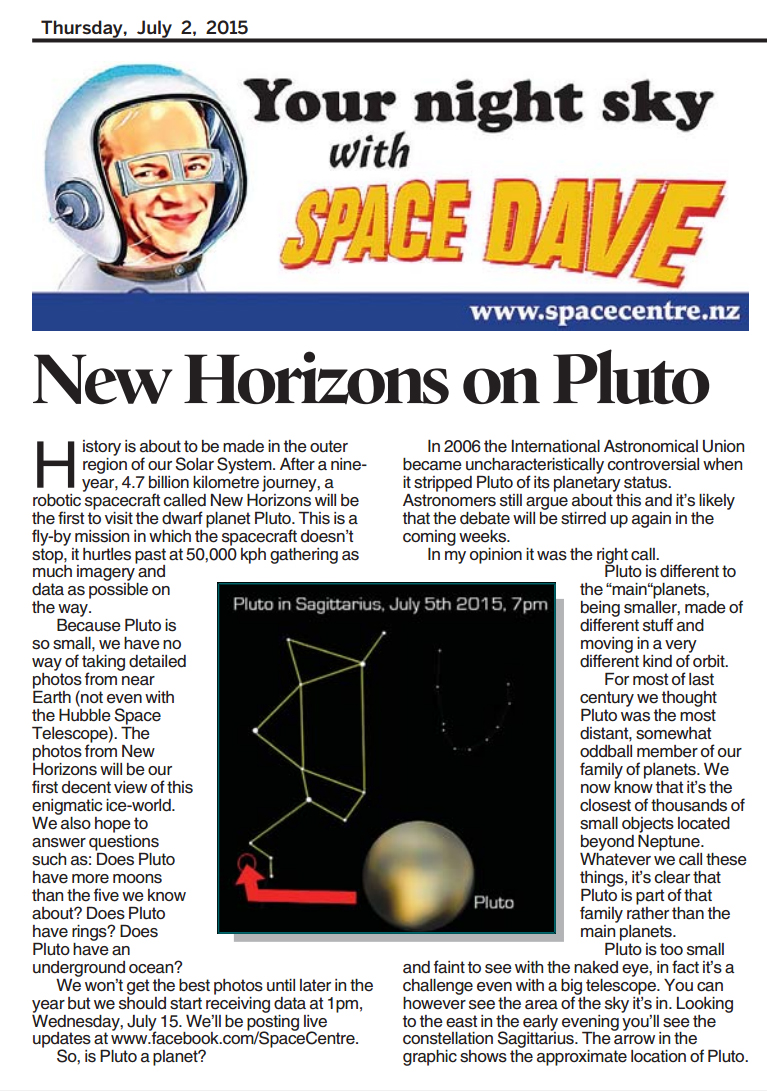