BEAM me up Scotty

Onboard the International Space Station (ISS) a quiet revolution in spaceflight is beginning. If all goes according to plan, a new addition will be installed on the orbiting research outpost this month.

The Bigelow Expandable Activity Module (BEAM) is a new "room" that will be attached to the station. What makes this room different is that instead of having aluminum walls like the rest of the ISS, BEAM is an inflatable module with a soft fabric shell. It is transported to the station deflated, then blown up like a balloon until it reaches its full volume of 16 cubic metres.

Inflatable modules are smaller and lighter than rigid structures, meaning that larger modules can be launched much more cheaply.

The concept is not new - NASA first considered the idea in the 1960s but never received enough funding to pursue it. In the early 2000s private company Bigelow Aerospace began developing prototypes and launched two successful test units into space. NASA then gave Bigelow a contract to supply the BEAM module for the ISS.

While Bigelow is very happy with this contract, it's actually more focused on its own plans to build the world's first commercial space station and space hotel. Construction is well underway here on Earth; Bigelow's main problem is having to wait for other companies to develop suitable launch rockets. This should happen within the next couple of years and it's likely that space hotels will become a reality within ten years.

If the idea of floating around in a space balloon makes you nervous, don't worry. The fabric shell is at least as safe as aluminum. It has multiple layers to withstand meteoroid impacts and in the unlikely event of a penetration, it would slowly leak instead of bursting.

Another advantage of the fabric skin is its ability to absorb noise, making for a quieter living environment.

There are many other potential applications for inflatable space habitats, including buildings on the Moon and Mars. It's almost certain that this technology will be a integral part of future space exploration, and it's taking a huge step forward right now. 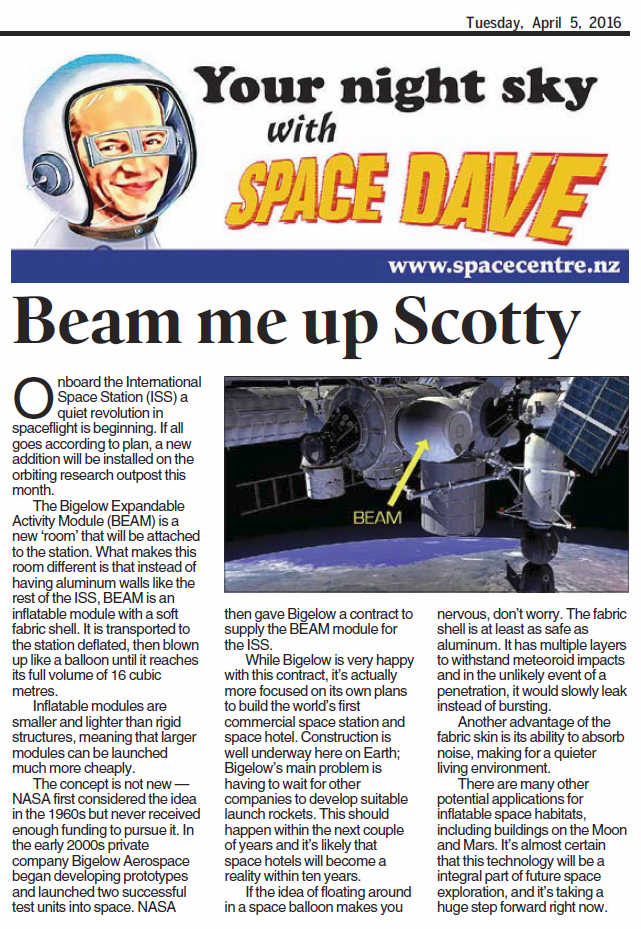