On November 14th we'll be treated to a special "supermoon". This will be not only the closest and brightest full moon of 2016 but also the largest so far this century and the closest full moon until November 2034.

As awesome as that sounds, we need to keep things in perspective.

Let's start with some background. The term supermoon was coined around 30 years ago but has only entered mainstream awareness in the last few years. It's an informal term with conflicting definitions but the common meaning is a full moon that coincides with the Moon's closest approach to Earth.

The Moon orbits Earth about once per month at an average distance of 384,402 km, but its orbit is slightly elliptical, varying in distance by about 50,000 km. If the Moon's closest approach to Earth (known as perigee) happens at the same time as the full moon phase, this is when we have a supermoon. In other words a supermoon is an unusually big full moon. Around one in every 14 full moons is a supermoon.

The effect is that the Moon appears about 14% wider, 30% bigger in area, and 30% brighter than when it's farthest away.

Although the size difference looks impressive in comparison photos, in reality you'd be hard pressed to see it. That's why it was never a popular phenomenon until being pushed by the media in 2011 - before then it went unnoticed by the general public.

Astronomers are certainly aware of the supermoon. They call it "perigee full moon" or more technically "perigee-syzygy of the Earth-Moon-Sun system". However it doesn't have much interest to professionals. Even amateur astronomers dislike it because the Moon's light overwhelms the view of the rest of the sky.

In spite of this, after initially dismissing the whole supermoon craze, many astronomers have since come round to embracing it. It may not have much scientific significance and it's arguably one of astronomy's most overrated phenomena (along with meteor showers), but it does create awareness and conversation. It's a good reminder to get outside and and take notice of the Universe. 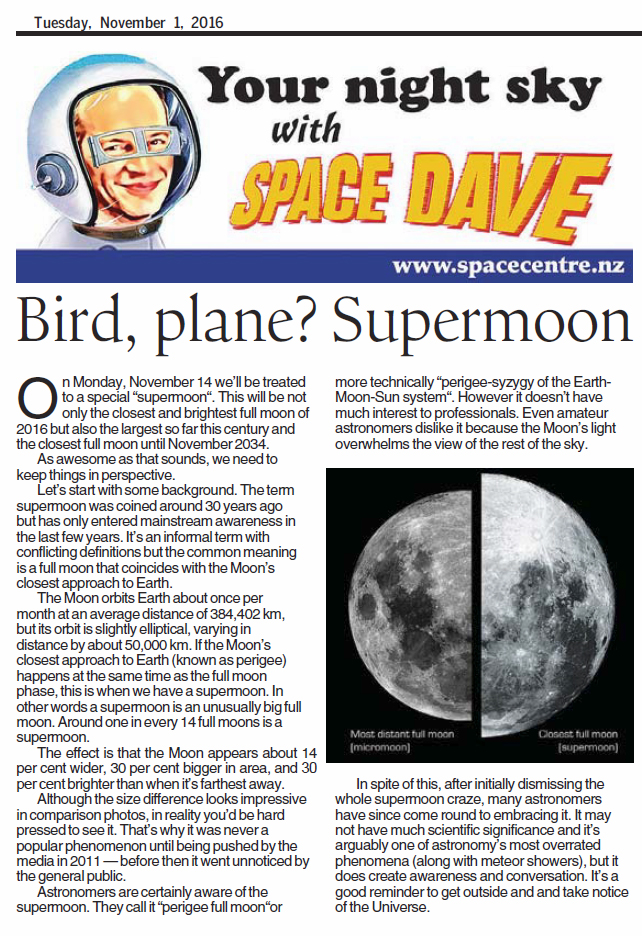