Our own space agency

Did you know that New Zealand has an official government space agency? Imaginatively titled "NZ Space Agency", it was formed in 2016 to oversee space and high altitude activities. The agency doesn't actually do anything in space, it's there to provide a legal framework so private companies can pursue their cosmic ambitions.

The agency was created largely in response to the activities of Rocket Lab, a kiwi startup company planning to launch rockets from the Mahia Peninsula.

Rocket Lab plans to launch three test flights over the coming months, with the first being as early as May 22nd. These flights have no payload except instruments to measure how they perform, or to figure out what went wrong in the case of an accident.

Test flights are prone to mishaps. Indeed, Rocket Lab's only previous test failed to achieve its goals. It won't be a disaster if one or two of the upcoming tests fail, but this is still a vulnerable time for them.

Rocket companies burn cash faster than rocket fuel so they need regular income. They get this from customers who pay to put things in space - usually satellites that perform fuctions from crop monitoring to providing Internet services. Customers can be entertainment companies, governments, research institutes, or even private individuals.

Obviously customers want to be confident in the reliability of the rocket before they put their precious payload on it, so Rocket Lab's potential customers will be watching the tests closely. The objective is to build a good enough track record to satisfy potential customers, before running out of money.

Rocket Lab recently announced the completion of a $75 million funding round, bringing the total investment in the company to around $148 million. As impressive as this is, it will disappear fast if there are problems that aren't resolved quickly.

Assuming the test flights go well, the commercial phase then begins. Rocket lab has a surprisingly full manifest with customers lining up to take advantage of the predicted availability and low prices. The market is definitely there - the tests just need to go well enough to capture it. 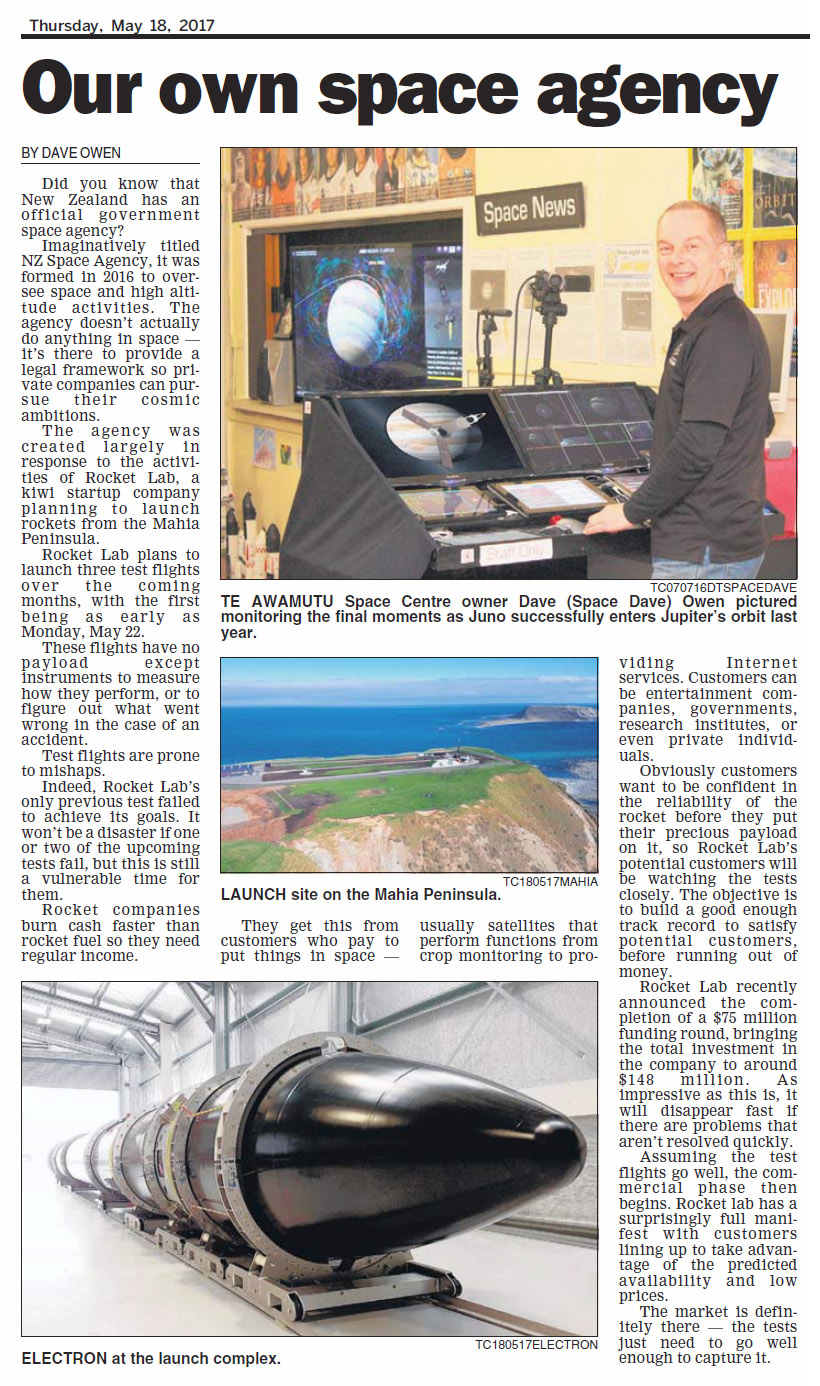