At 4 am on August 22 every person in New Zealand will miss seeing one of nature’s most spectacular events — a total solar eclipse. You’ll probably hear about it but you won’t see it unless you’re in the USA.

A solar eclipse happens when the Moon passes between Earth and the Sun, blocking some of the light from the Sun and creating a shadow on Earth. It’s a relatively small shadow about 100 km wide that travels part-way across the daytime side of Earth. To see the eclipse you must be somewhere in the path of that moving shadow.

Solar eclipses shouldn’t be confused with lunar eclipses, which are night-time events that happen when the Earth casts a shadow on the Moon.

On average there are several solar eclipses around the world every year but they are rare for any given location. The last total solar eclipse visible from New Zealand was in 1965, the next is in 2028.

The important thing about solar eclipses is that there’s a dramatic difference between “partial“and “total“.

In a partial eclipse the Moon doesn’t completely cover the Sun, instead the Sun looks like it’s had a “bite“taken out of it. You need to use special filters or some other safe method to see this. Partial eclipses are moderately exciting.

Total eclipses are a different level of awesome. If you’re in the path of the main shadow of the Moon (the umbra), at the precise moment the Moon goes in front of the Sun it’s no longer just the Sun with a bit missing. The entire Sun goes completely black. At the same time a part of the Sun’s atmosphere called the corona becomes visible as an incredible glow around the “Black Sun“.

I saw such an eclipse with my family in 2012 and I can tell you this . . . It may only last a few minutes but you’ll never see anything else like it and you’ll never forget it. If you can ever fit one into your travel plans, do it. In the meantime you can at least watch live coverage of the upcoming eclipse at www.nasa.gov/eclipselive. 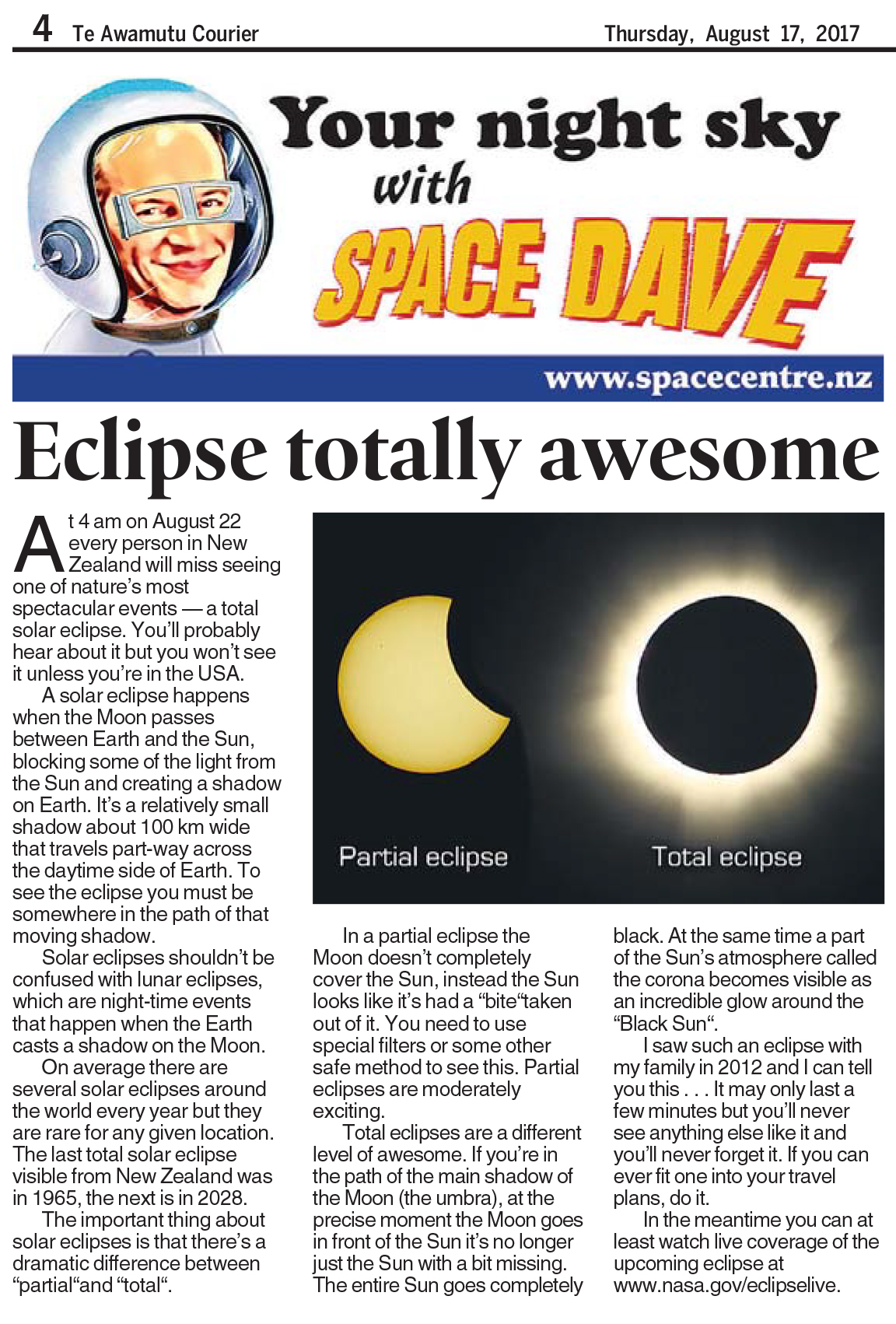