After a twenty-year interplanetary mission including thirteen years orbiting Saturn, the robotic space probe Cassini is about to die in a blaze of glory.

The probe is running out of fuel which means the game is almost over. Rather than risk crashing into and contaminating any of Saturn's pristine moons, the craft will be steered into the gas giant's atmosphere. There it will valiantly collect and transmit scientific data as it burns and disintegrates.

Cassini's "Grand Finale" phase actually started in April when it began a series of 22 passes between the planet and its rings, providing unprecedented close views. This completes a successful mission that has found seven new moons, landed a probe on one of them, and vastly increased our understanding of the whole Saturn system.

We can see Saturn in our evening sky at the moment. Positioned in the north-west near the constellation Scorpius, it looks like a bright orange-tinted star. You'll even be able to see Saturn near the western horizon at the moment Cassini dies there, around 11:55 pm on 15th September.

The Māori name for Saturn is Rongo or sometimes Pareārau, although the latter is more often used for Jupiter. Saturn was certainly well-known to tohunga kōkōrangi (Māori astronomers) but it doesn't feature as prominently in mythology as other planets.

Historian Elsdon Best, author of "Astronomical knowledge of the Māori" (1922), interpreted the meaning of Pareārau as "surrounded by a headband". Some people claim this as evidence that Māori knew about the rings of Saturn (or the weather bands of Jupiter) before the arrival of Europeans. Astronomers say you need a telescope with at least 25x magnification to see the rings - how could anyone without a telescope know about them?

One thing is certain... whether or not pre-European Māori had super-sight, your puny eyes definitely can't see the rings of Saturn without help. You'll need a reasonably decent backyard telescope or you could visit your local observatory. Even though it looks small, Saturn is one of the most visually impressive things to see through a telescope. It's well worth making an effort for. 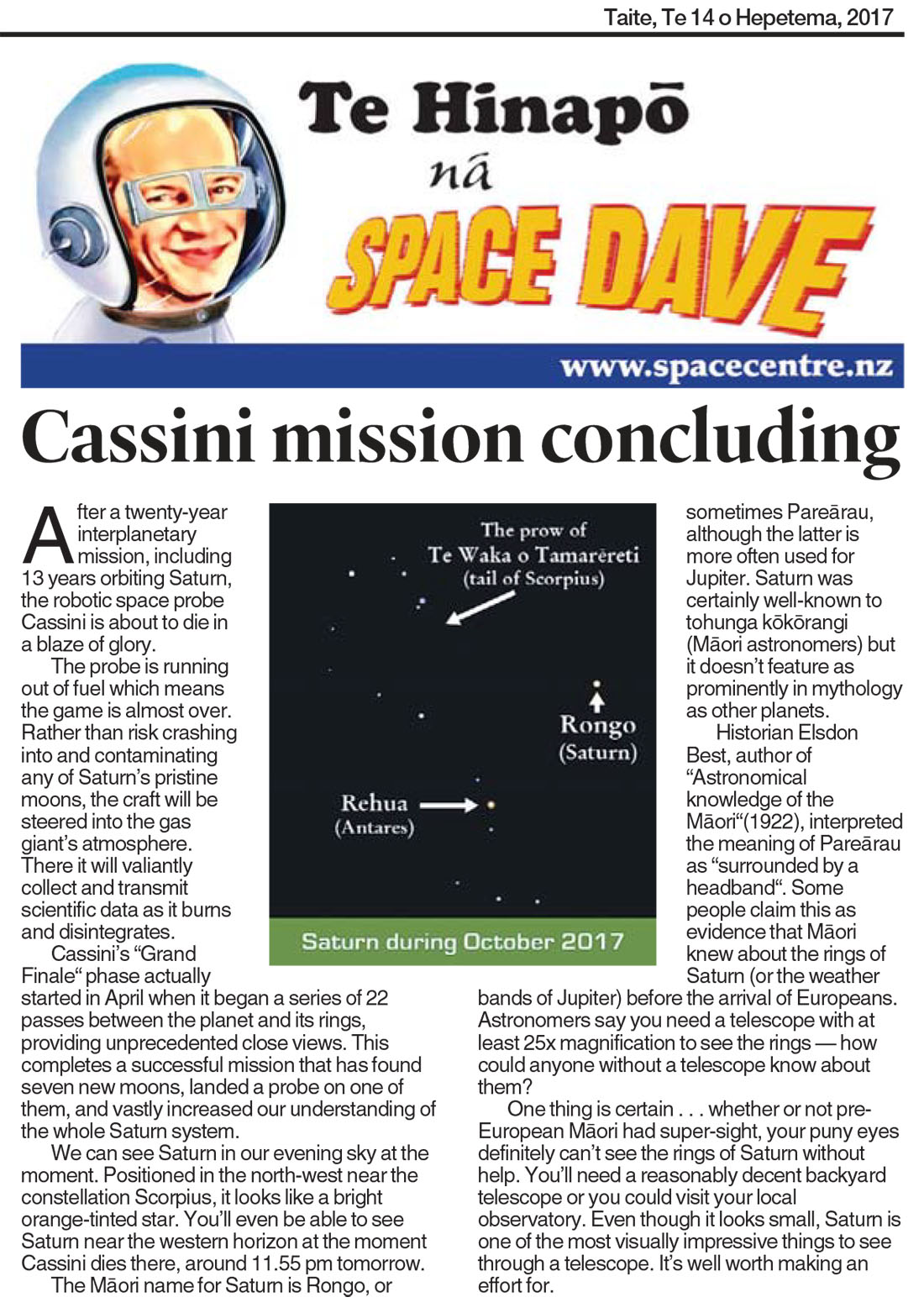