Space enthusiasts from around the world were watching New Zealand in January as Rocket Lab launched a rocket from Mahia Peninsula into Earth orbit.

The rocket, called Electron, stands 17 metres tall which is tiny compared to the enormous rockets that most people imagine. That's because Electron doesn't carry astronauts, it's designed for small payloads such as satellites.

Electron's January flight carried three commercial satellites but it also included a surprise. Rocket Lab founder and CEO Peter Beck decided to include a personal project he's dubbed the "Humanity Star". This is a satellite that doesn't do anything except spin and reflect light. It will last about nine months, then burn up in Earth's atmosphere.

The idea is that the satellite be visible from all parts of Earth at least once. People will be able to see it for brief periods during dusk or dawn. No telescope is required.

To find out when it will be visible, go to www.thehumanitystar.com and follow the tracker. Due to the satellite's grazing of Earth's atmosphere, its orbit can only be predicted accurately a few days in advance. The next view from New Zealand should be February 22nd but keep an eye on the website for the exact time.

Peter says: "My hope is that everyone looking up at the Humanity Star will look past it to the expanse of the universe, feel a connection to our place in it and think a little differently about their lives, actions and what is important."

However not everyone is as enthusiastic as Peter. Otago astronomer Ian Griffin summed up the feelings of many during an epic Twitter rant in which he described the project as environmental vandalism. Similar concerns are being echoed throughout the international space community.

My personal opinion is that the Humanity Star isn't a serious environmental problem in itself, and on balance it's a worthy project. However it does highlight the ethical questions regarding populating space with shiny toys. One satellite with a short lifespace is fine, but do we really want it to be a trend? This is a conversation we need to have and it looks like the time to start talking is now. 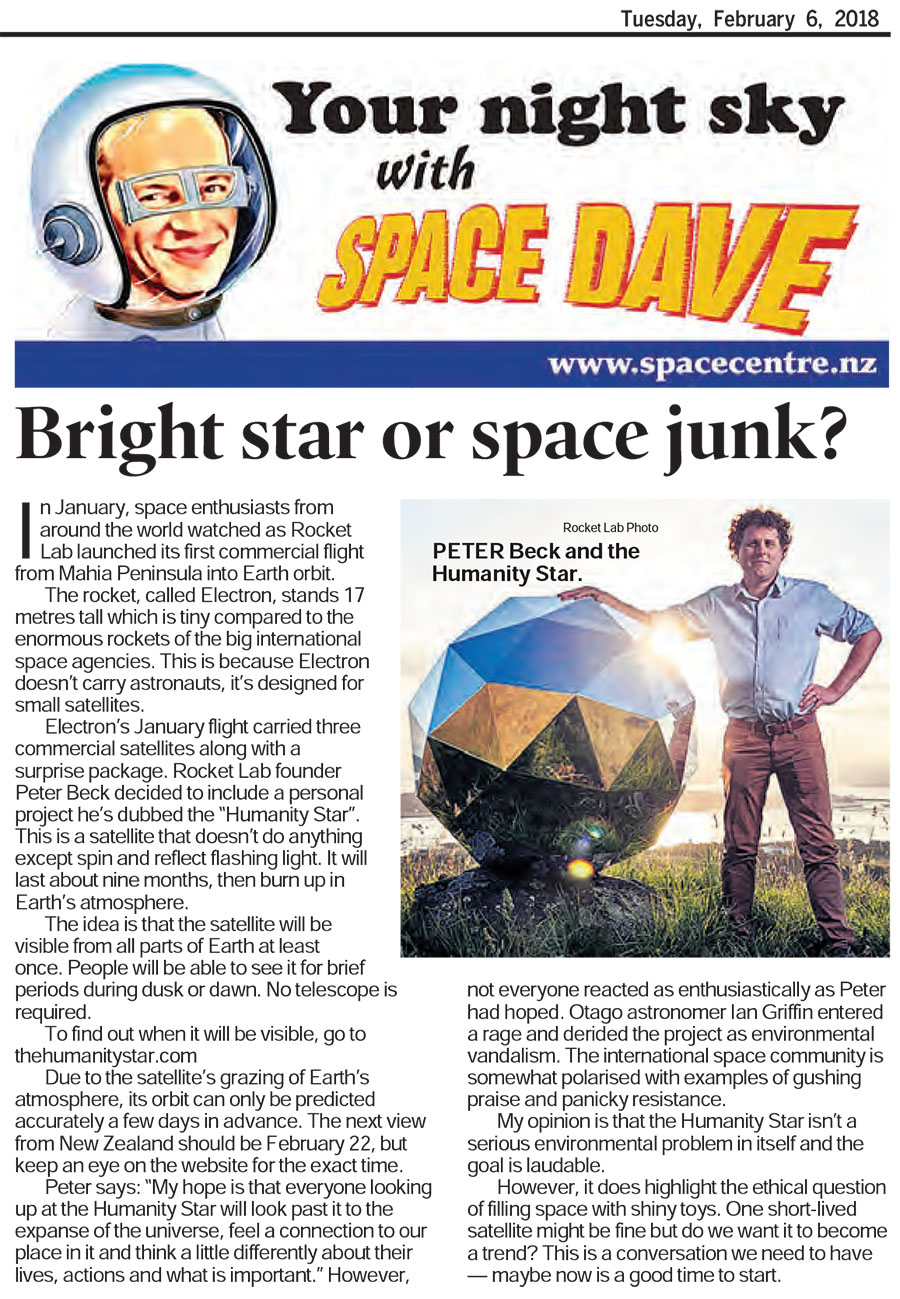