Matariki on the rise

Last December I talked about finding the star cluster known as Matariki (the Pleiades) in the evening sky and how to follow its movement throughout the year.

Now is the season to look for this gorgeous group of stars in the early morning, as have Māori for centuries. Matariki is gaining popularity and I think it's a good idea to know what's going on - even if the idea of stargazing at 6:30 am doesn't appeal to you personally.

The annual sighting of Matariki takes place around the time of the winter solstice. It's a seasonal marker heralding the shortest day and the beginning of the journey back towards more daylight. It has a practical purpose, serving as a deadline for harvesting crops and preserving food for the cold months ahead. It's also a good time to have a break, reflect on the events of the last year and look to the future.

Māori tohunga begin looking for Matariki in early June. It appears in the east just ahead of the Sun, so there's only a brief time to see it before sunrise. A good clear sighting forecasts a moderate winter, a poor-quality sighting suggests less favourable weather, and no sighting at all within the first few weeks portends a tough time ahead.

There is actually some disagreement over the correct time to observe Matariki. Certainly it varies between iwi. The closest we have to a standard date is the first new moon after Matariki becomes visible. In 2017 that happens on June 25th but you can see the star cluster before then (theoretically from early June).

Arguably the foremost expert in Matariki is Dr. Rangi Mātāmua, associate professor at the University of Waikato. He believes Matariki is often celebrated too early, a result of confusion between the 365-day solar calendar (based on Earth orbiting the Sun) and the traditional Māori lunar calendar (based on the Moon orbiting Earth). For example, the Māori month Pipiri translates as June but it can go well into July.

Dr. Mātāmua says the best time to find Matariki is from the end of June through to the middle of July. 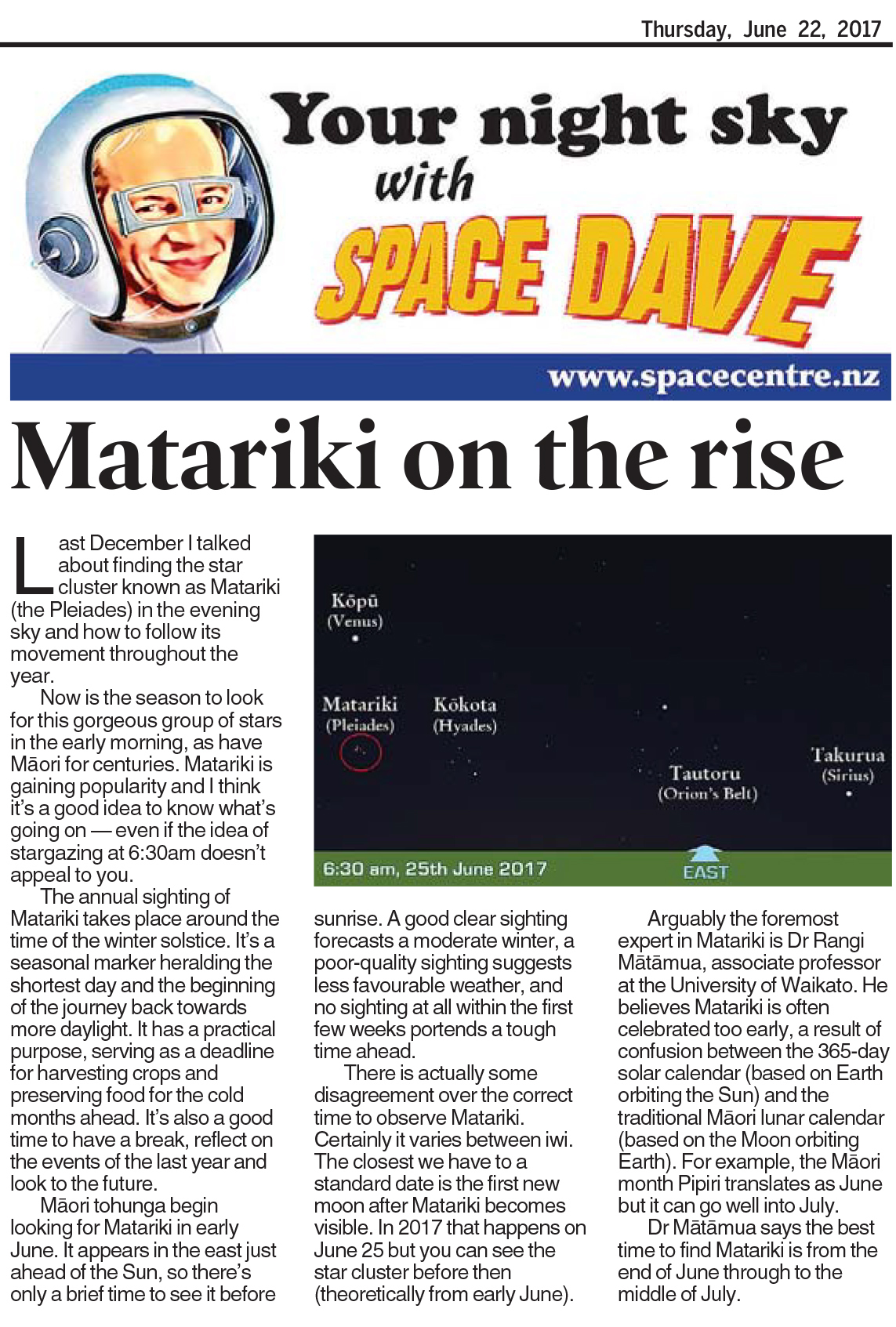